A Night Of Decoding The Terra-Cotta Myth

Last week, we gathered a crowd of patrons, wine geeks and sommeliers to experiment the kinky pleasure of orange wine and raw fish pairing at an omakase dinner. The night was intense - the pairing of 12 dishes for six wine (from three different countries) was a bit overwhelming but it certainly pleased them who were new to the notion of white wine made with skin contact and were craving "liquid gold" made in terra-cotta pots / qvevri.

The dinner featured a stellar lineup of raw / organic orange wine of the Jura, Georgia and Croatia, all of which are made of indigenous grapes except the Riesling.

Riesling and Pinot Noir are the most common wine we drink with Sashimi and light cuisine, but now with the increasing popularity of orange wine, it has become clear that it works better with the essence of the seafood due to a certain level of tannins it carries. 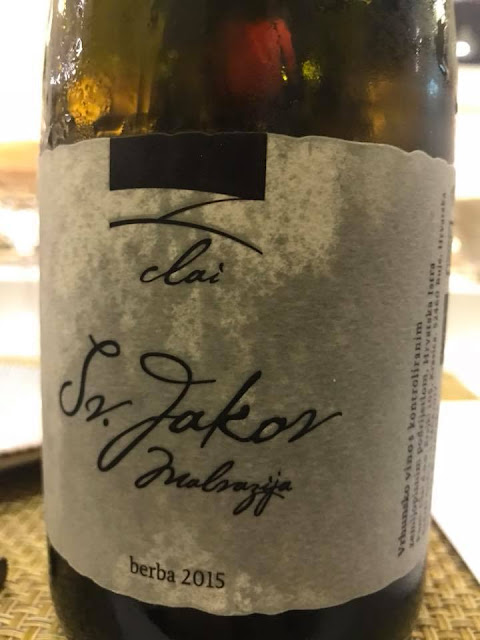 The tasting reached its peak when Clai Malvazija SV. Jakov 2015 was served. Amidst all the urchin and toro madness, our guests were surprised by its mouthwatering minerality with slight tannin to balance out the fatness of the seafood. It was complex in texture, offering layers crisp apple and creamy ripe tropical fruit with powerful flavors, equivalent to a Bordeaux Premier Cru.

Domaine Ganevat's vin jaune "Le Zaune a Dedee" was another highlight that thrilled our patrons. Everyone was hooked after the first sip. Winemaker Jean François Ganevat is a magician who loves to play tricks even when it comes to blending. A mix of Gewurztraminer  and Savagnin, this vin jaune or orange wine was extremely delicious and meant to match with the sweetness of scallops. With only a few hundred bottles being produced a year, Ganevat is very hard to find in Asia.