Meeting The King Of Barbaresco In His Italian Castle

A few weeks ago, I found myself sitting in Gaja's lavish castle in Barbaresco awaiting the tasting of its new releases while being half of the world away from home Hong Kong, where was facing a political crisis. From out of nowhere, Angelo Gaja, looking energetic in a casual t-shirt and jeans, walked into the room and greeted me with a question in a concerned tone, “Tell me what’s really going on in Hong Kong now?”

As much as I really wanted to share my political view with Angelo, the whole topic just didn’t seem to fit into the current scenario. I was more excited about his wine than to talk about the uncertain future of Hong Kong with the world’s most famous Italian winemaker, slash the King of Barbaresco who recently won the 2019 Winemaking award by The Drinks Business. 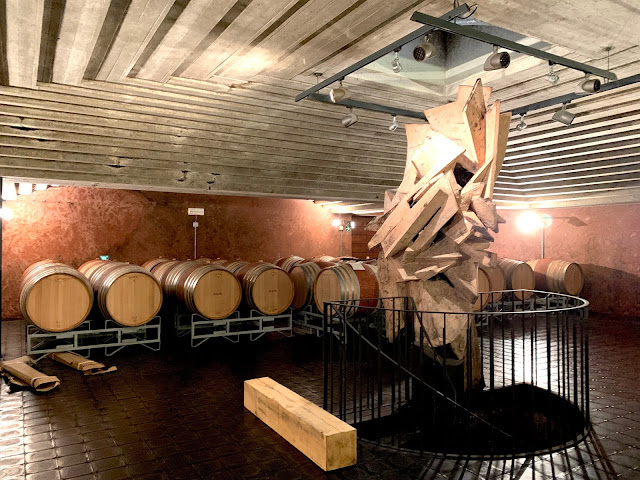 In fact, Angelo had a love affair with Hong Kong that most Gaja followers don’t know about. It all started 30 years ago when Grand Hyatt decided to open an Italian restaurant. At the time an Italy-based chef who was assigned as its head chef was responsible for naming and branding the ristorante. Italian restaurant names shouldn’t be so hard to come up with but back then there weren’t so many in Hong Kong, where Italian cuisine had just started to pick up. Hence the chef asked Angelo for ideas. As much as I really wanted to share my political view with Angelo, the whole topic just didn’t seem to fit into the current scenario. I was more excited about his wine than to talk about the uncertain future of Hong Kong with the world’s most famous Italian winemaker, slash the King of Barbaresco who recently won the 2019 Winemaking award by The Drinks Business.

“Grissini!” Angelo recalled. “I like grissini and isn’t it authentic enough?”

Extra info: Grissini, crunchy breadsticks also known as the “little stick of Turin” and , was one of Napoleon’s favorite food. It's originally from Piedmont, where it’s served on every table as a delectable start of a meal. 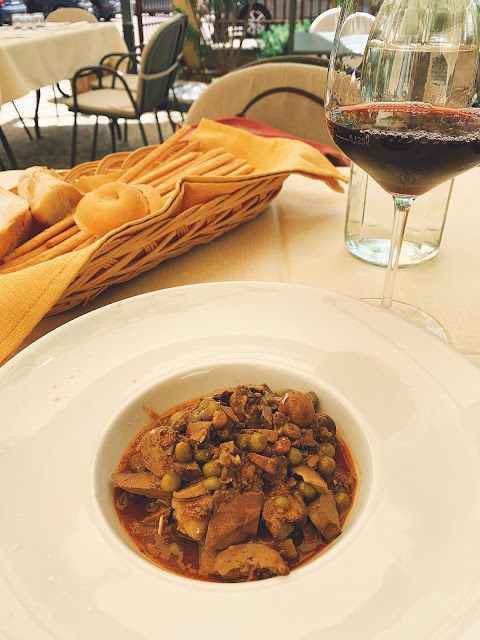 A glass of Gaja Barbaresco to lubricate my lunch Grissini and Finanziera, which is a local delicacy (chicken organs) yum yum!

Since then, Angelo, along with his eldest daughter Gaia who currently oversees the family business, traveled frequently to Hong Kong to promote their wines (Piedmont and Tuscany). If you have been to Grissini Restaurant at Grand Hyatt, Hong Kong, you would notice that most Gaja wine selections are seeped into its intensive wine menu, with its Tuscany fetching at HK$210 By The Glass and Sorì Tildìn at almost HK$8000 per bottle!

"In HK you have more chances to taste French than Italian wine," Angelo said. "In terms of production, we have smaller quantity but better in quality. Our lands are very sacred, especially in Piedmont, and unlike France, we don't export everything."

There are only three sublime crus / villages in Barbaresco while Barolo has 71. With its establishment of 20-Michelin-starred restaurants in the region, Piedmont is determined to rival Burgundy and Bordeaux for supremacy among the noble reds.

Gaja owns 4 wineries in Italy and with a total of 245 hec of land in Piedmont, Bolgheri and Montalcino it produces about 300,000 bottles a year, 60% of which for export. About two years ago, the family invested in Sicily’s Mount Etna.

Gaja office/winery is situated in the heart of Barbaresco, next to the touristic site Torre di Barbaresco. The winery was not open to public until 2014.

I have been staring at the new releases in front of me from the minute I walked into the guest room. So let's move on to the tasting, should we? Here are my verdicts:

Light ruby color with a seductive fruit-persistent, it’s very refreshing, harmonious with hints of spice, some green and red-fruit ripe in flavor. Drinkable now but the tannin structure will allow it to evolve and get better with age.

As some of us may know, it takes up to almost 4 years for a Barolo to age in oak before release. This latest vintage 2015 from La Morra is bolder, complex, more elegant in tune with the terroir itself (clay and limestone) that it shows a very distinctive expression of classic Barolo - smooth, nutty with menthol aftertaste, though it’s light in color. It presents an engaging tannin that possesses great aging potential and the sheen of the youngest vintage.

Sori San Lorenzo is a friction name. The real name is "Secondine" 1967 was the first vintage.
This 1999 vintage is smoky, peppery and has a lot of spices with a gentle sweetness that appears like distant memory of caramel. Some pencil and tobacco notes but not aggressive. It has a very rich and complex structure. Still has a great aging potential despite 20 years of age.
RP94